Choreographer, dancer, and educator, Ms. Reedy is the founder and artistic director of Karen Reedy Dance (KRD).  A highly musical artist with strong choreographic sensibilities for pattern, texture and emotion, her works span the continuum of classical and contemporary dance in traditional as well as site specific performance. Her work is often highly collaborative with musicians and visual artists. Ms. Reedy was the recipient of a 2008 Kennedy Center Local Dance Commissioning Grant for the creation of Sleepwalking and was a 2012-2013 American Dance Institute Incubator Artist for the creation of Albatross. With an interest in creating dance specifically for film, she was awarded the 2014-2015 Mathy Junior Faculty Award for the research of her first screendance titled Les Falaises. Ms. Reedy’s choreography is in the repertory of companies and colleges throughout the country.  As a dancer, Ms. Reedy has performed with The Mark Morris Dance Group, Robert Battle, Eric Hampton Dance, DC Dance Theater, Luis Johnson and Sue Bernhard among others.  As dance educator, Ms. Reedy has been among the faculty at the Juilliard School, The Mark Morris Dance Group, The Washington Ballet and The Chautaqua Institution.  Presently, she is an Assistant Professor of Dance at George Mason University. 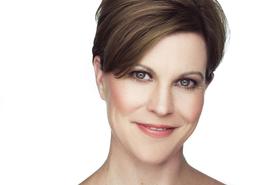 Karen Reedy Dance  is devoted to nurturing artists through the exploration of new work and collaboration with other art forms. The company performs in both traditional and site-specific venues.  KRD has been enthusiastically received throughout the country, in venues including The Kennedy Center, Dance Place, ODC, Black Rock Arts Center, The 92nd Street Y, The Torpedo Factory and Joyce SoHo.  Karen Reedy was a 2008 recipient of the Kennedy Center Millennium Stage Local Dance Commissioning Grant.  2012-2013, Reedy was a Metro Arts Incubator Artist at the American Dance Institute, where the company developed and premiered Albatross.  Karen Reedy Dance is supported by The Alexandria Commission for the Arts.